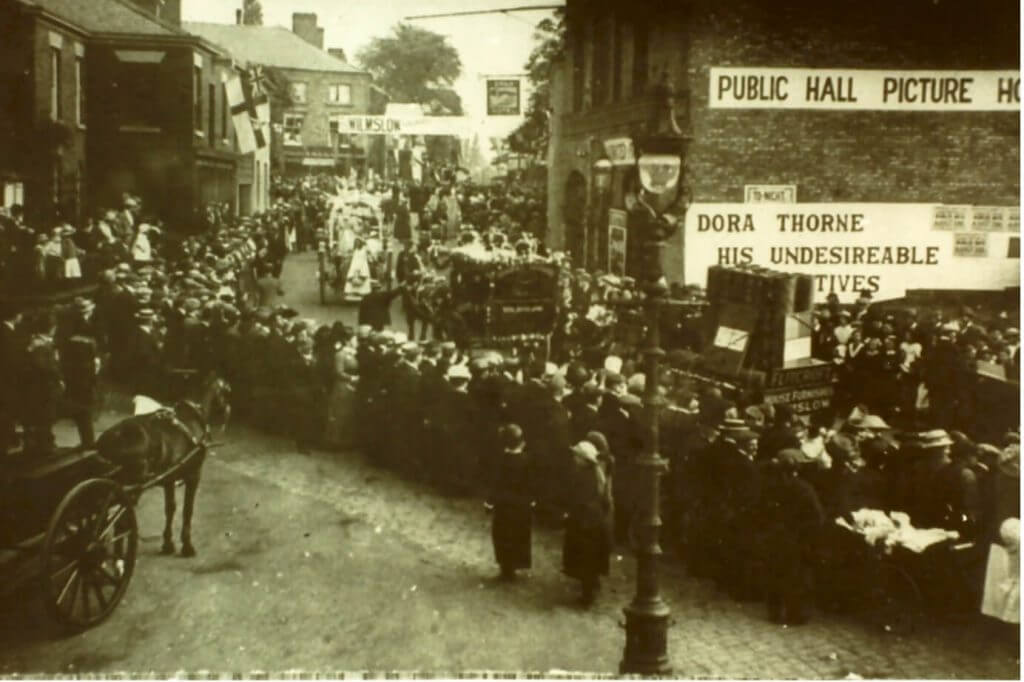 Wilmslow’s first cinema was the picture house on Swan St next to the Swan public house. It was not a large building and Wilmslow Resident Bertha Copestick born 1901 recalls ” We used to go there when we were children, and when you went in and it was pouring with rain you could hear all the rain on the corrugated iron top. They were all silent films.”

The films were not all in black and white, some were tinted and toned blue for adventure, rose colour for romantic scenes. Others had coloured sequences and others stencilled colours. There would be a pianist to the side of the screen.

It is pictured in 1913 with a double bill, Dora Thorne and the comedy His Undesireable Relatives. Dora Thorne was a thrice made film of a novel by very popular novelist Charlotte M Brame.

Several national film industries had been established by 1914 with Europe and Scandinavia dominant. At first, films were very short, sometimes only a few minutes or less shown at fairgrounds, music halls, or anywhere a screen could be set up and a room darkened.

Subjects included local scenes and activities, views of foreign lands, short comedies and newsworthy events. The films were accompanied by lectures, music and a lot of audience participation. Although they did not have synchronised dialogue, they were not ‘silent’ as they are sometimes described. Films became longer and storytelling, or narrative, became the dominant form.

Before it was pulled down in 1920/21 the Public Hall Picture Hall was used as a shirt warehouse. 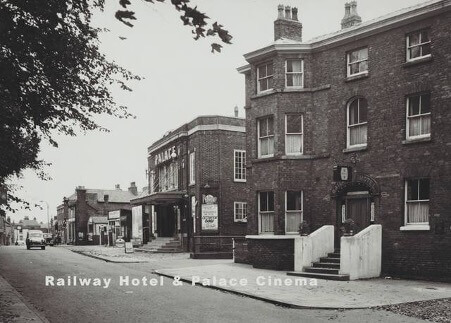 The successor to the Picture Palace was the Palace Cinema House built in built in 1921. It was small with no stage, seating for maybe a couple of hundred downstairs and an upstairs balcony for only sixteen seats. It was designed by James Theodore Halliday (Theo) 1882-1932, the Wilmslow based architect of Manchester Architects practice Halliday, Patterson Agate. He is also credited with the Highfield Estate, Wilmslow, Alderley Edge Festival Hall and for working with Giles Gilbert Scott on Battersea Power station.

In the 1940s it was operated by the G.B. Snape circuit but in the final years it was renamed the Regal Cinema. There are a number of references to the closure of the Palace, including one in January 1961, which said the final film to be shown was Arthur Conan Doyle’s The Lost World but other people recall the last film being an Agatha Christie.

Towards the end it became to be regarded as a bit of a fleapit. When it was demolished an office block and then flats were was built on its site. At one stage James Bond’s Aston Martin DB5 was on display, complete with ejector seat and machine guns, in Manchester garages on the site of what is now Kwik – fit next door. 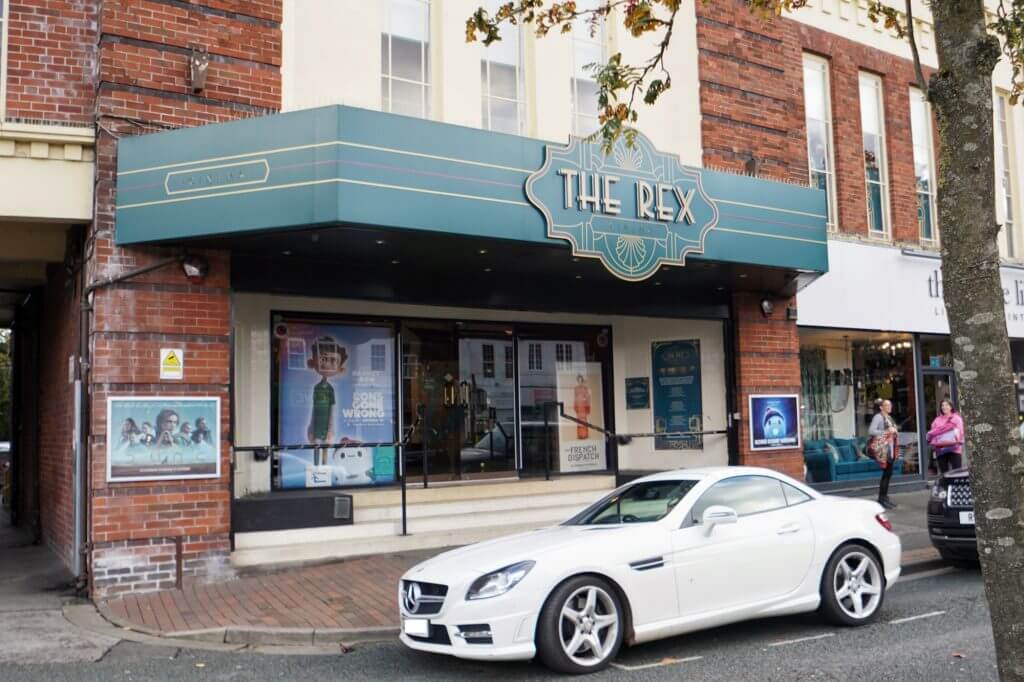 The third cinema to be built in Wilmslow was The Rex. It dates from 1936 opening on 15th October 1936 with Errol Flynn in “Captain Blood”. It was an Art Deco styled red brick building with cream rendered panels and tall windows. The 856-seat auditorium had a 35 feet wide proscenium and there was a 40 feet deep stage and five dressing rooms which were well used until 1985.

By the early 1930s, nearly all feature-length movies were presented with synchronised sound and, by the mid-1930s, some were in full colour too. The advent of sound secured the dominant role of the American industry and gave rise to the so-called ‘Golden Age of Hollywood’.

During the 1930s and 1940s, cinema was the principal form of popular entertainment, with people often attending cinemas twice a week. Ornate ’super’ cinemas or ‘picture palaces’, offering extra facilities such as cafés and ballrooms, came to towns and cities; many of them could hold over 3,000 people in a single auditorium. In Britain, the highest attendances occurred in 1946, with over 31 million visits to the cinema each week.

In 1938 a fundraising concert was held at the Rex to raise money for Wilmslow St John’s ambulance brigade with the amateur Stockport Philharmonic playing, believed to be the first concert on a Sunday.

Then in 1939 thousands of people from Wilmslow and farther afield besieged the Rex to protest at the attendance of Oswald Mosley at a meeting. The protest was reported around the world.

In WW2, a couple of times each year on Saturday mornings, Americans GIs from a large army camp on Hall Lane in Mobberley, would take over the Rex Cinema and put on a free show where the children from the area were welcome. Cartoons followed by a Charlie Chaplin comedy or Roy Rogers western would be shown with the soldiers handing every child a goody bag full of sweets, chocolate, chewing gum and comics. During the war there was a scheme when soldiers serving overseas could record a few words and the film was shown at home to relatives.

After the Second World War The Rex began to diversify, being used for concerts and live theatre both amateur and professional. The Rex had several hundred seats, a dance floor and a restaurant on the first floor. It had a Circle and Stalls and a large stage where the musicals were performed. It was often used as a testing ground for productions prior to their moving to the West End. Such stars as Denholm Elliot, Susannah York, Peter O’Toole and David Jason appeared there.

In the 1950s and 1960s the bar area hosted the Club Creole and many bands played there with live music. Initially jazz groups like Kirk Daniels and the Deltas, John Mayall’s Powerhouse Five, Long John Bauldry, Hoochie Choocie Men with Rod Stewart on second vocals and the Big City Blues Band. Later it was called Whisky Galore.

The cinema closed on 8th June 1995 with Hugh Grant in “An Awfully Big Adventure”, by that point the cinema was just operating in the 338-seat circle area and the stalls were a large sofa store and part of former auditorium forming a pub next door.

In late-summer 2018 it was announced that the Rex Cinema would be reopening as boutique twin screens following renovations. The original 338 circle now has luxury seats and sofas and the second screen with 60 seats has been created in the former ballroom. It re-opened on 20th December 2018 with a special gala screening of Hugh Jackman in “The Greatest Showman”, the seating capacities were 140 & 60. 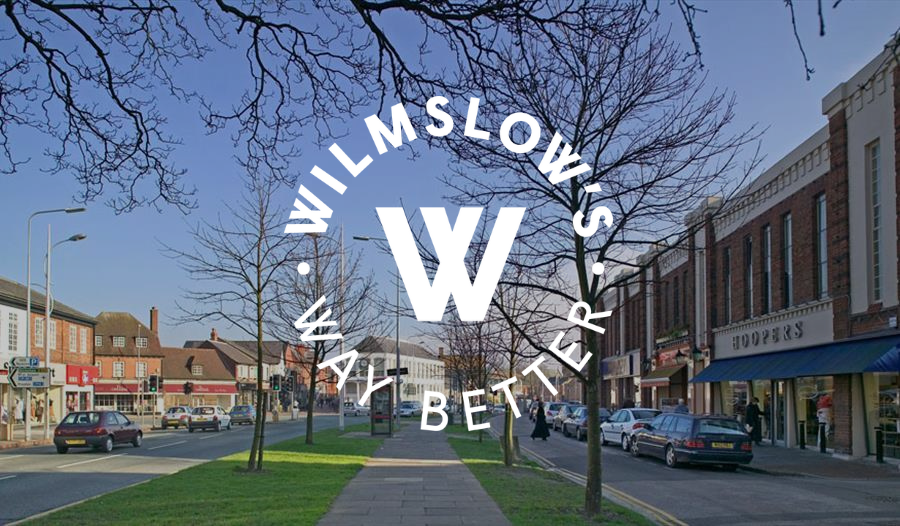 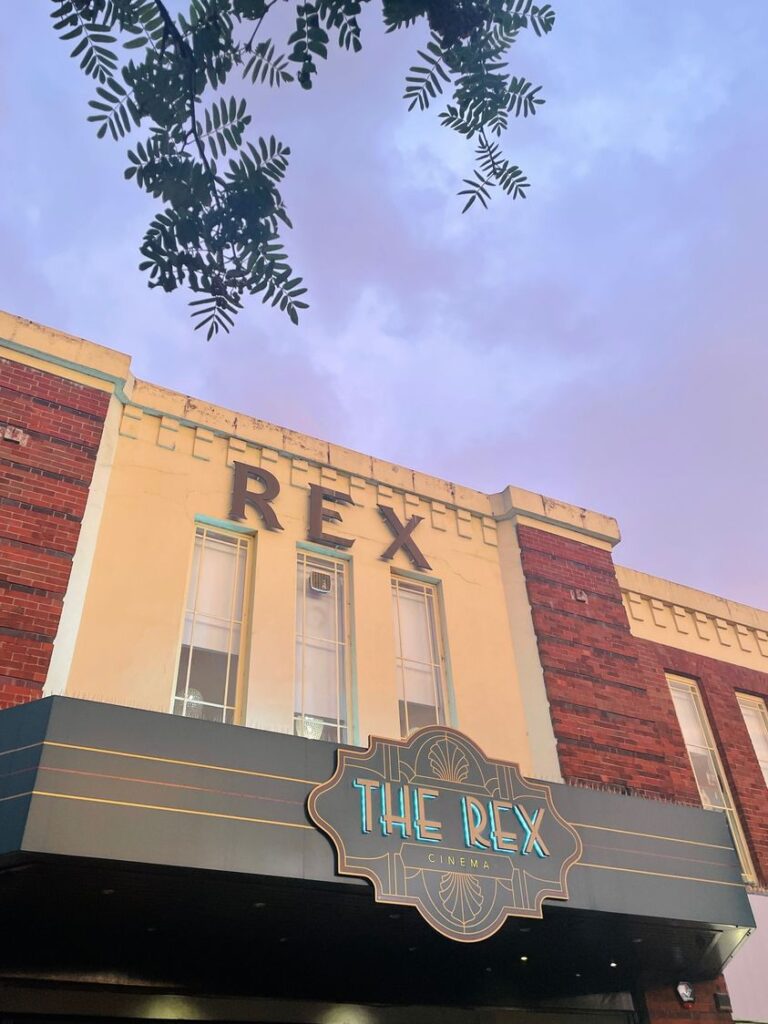 A summer of shows to see at The Rex

14 July 2022
Business, Cinemas, Exploring, Wellbeing, Wilmslow
There are some great events and films coming throughout Summer! Where the Crawdads Sing…
Read More 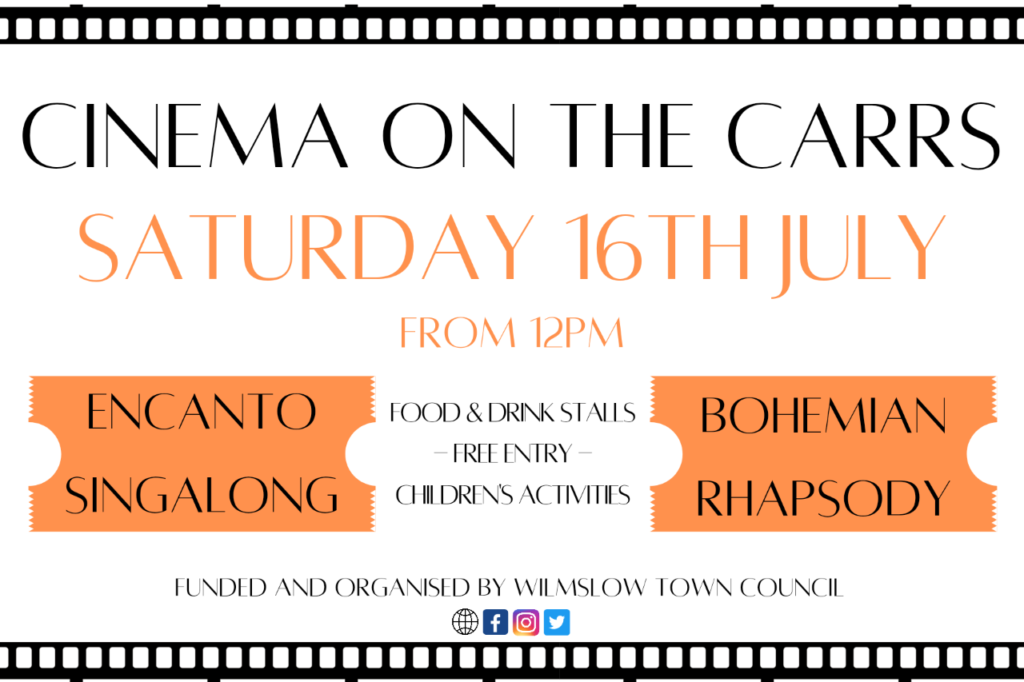 Cinema on The Carrs returns 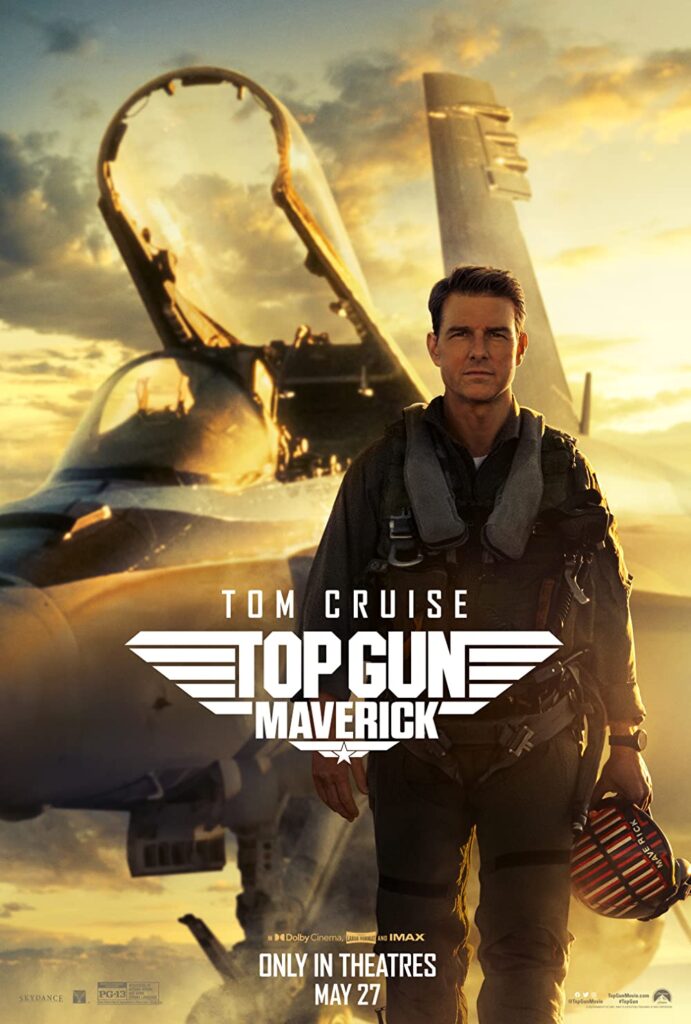 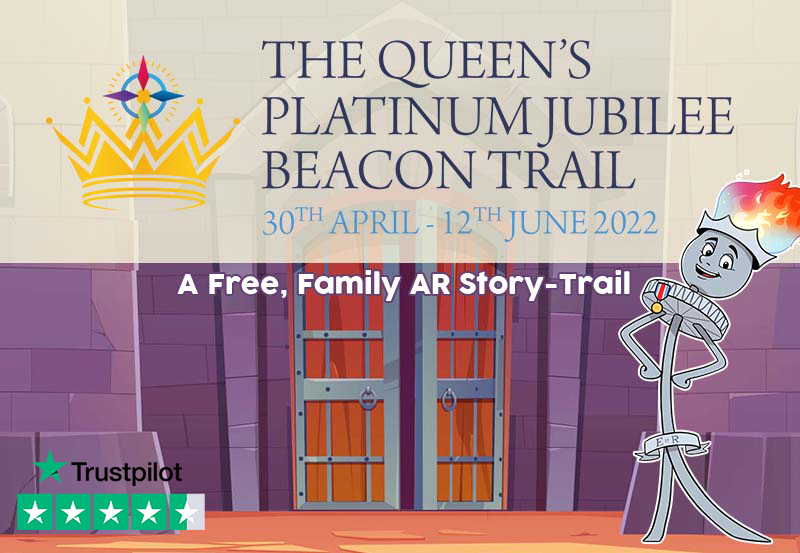 Celebrating the Queens Jubilee in Wilmslow 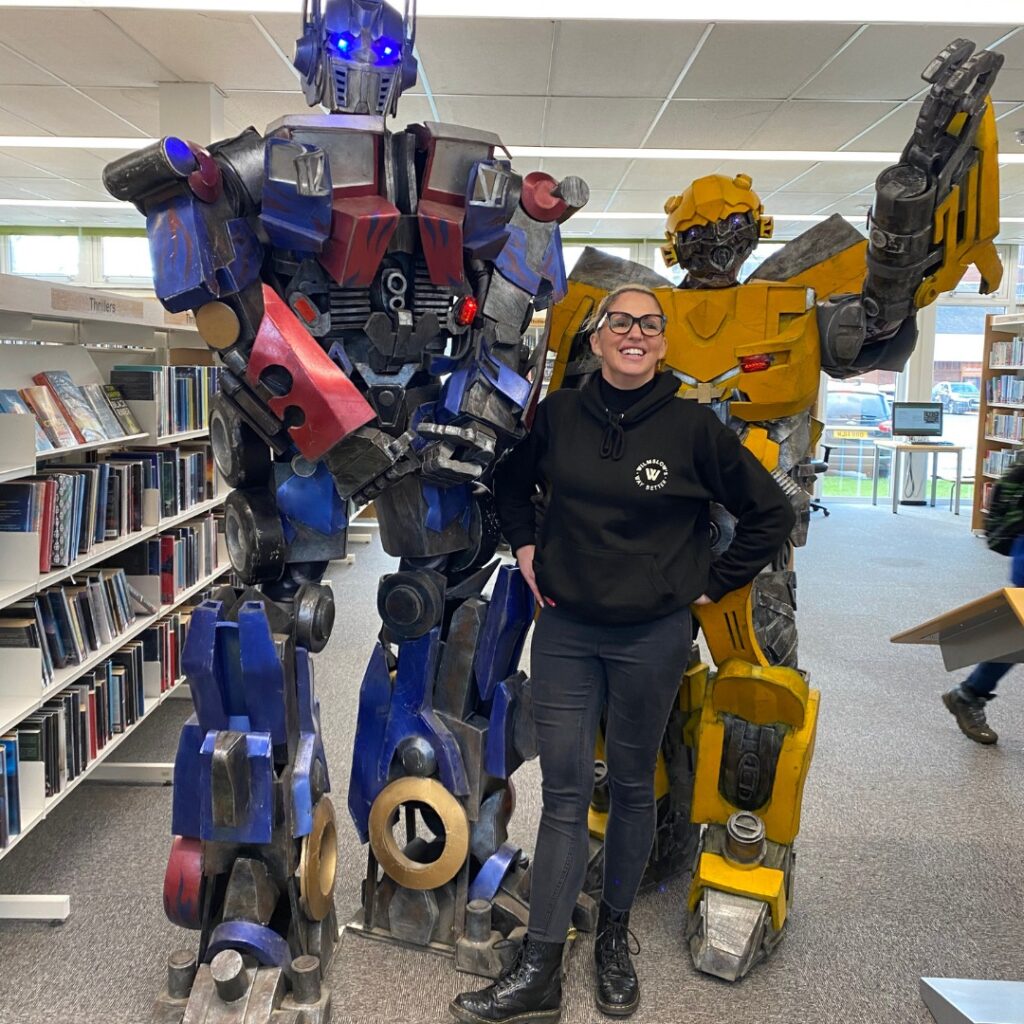 Did you enjoy the tech event? Prizes to be won…

2 March 2022
Business, Cinemas, Exploring, Food & Drink, Shopping, Wellbeing, Wilmslow
First of all I would personally like to thank everyone who came to town last…
Read More 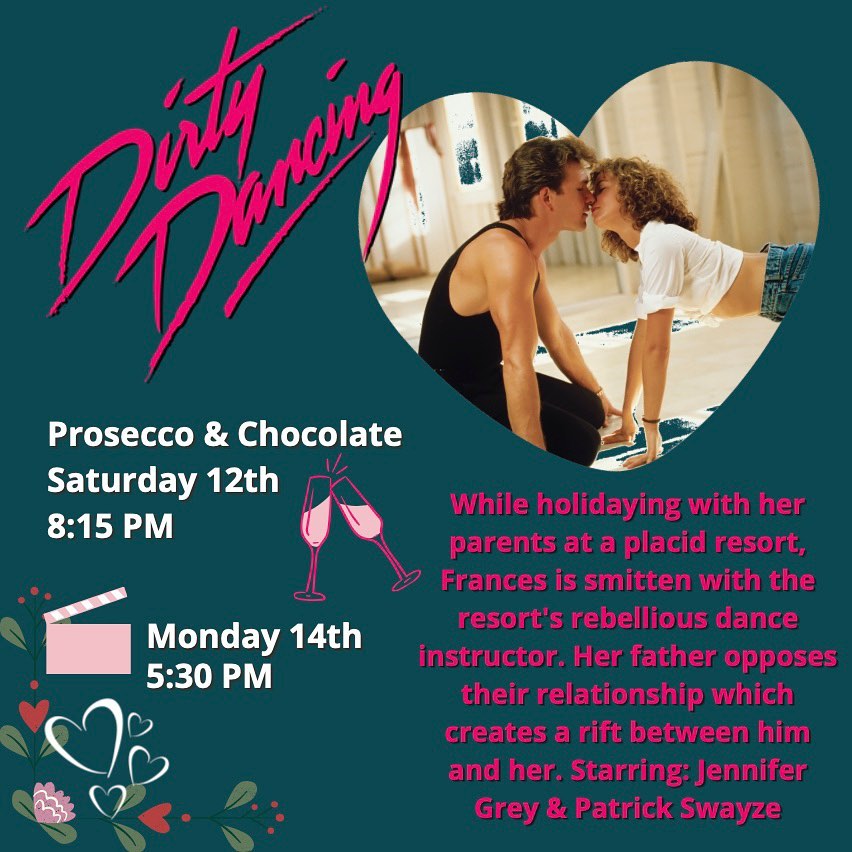 Love is in the air – Valentines at The Rex

8 February 2022
Cinemas, Food & Drink, Wilmslow
Whether its Valentines, Galentines or just another weekend we’ve got you covered with a round…
Read More 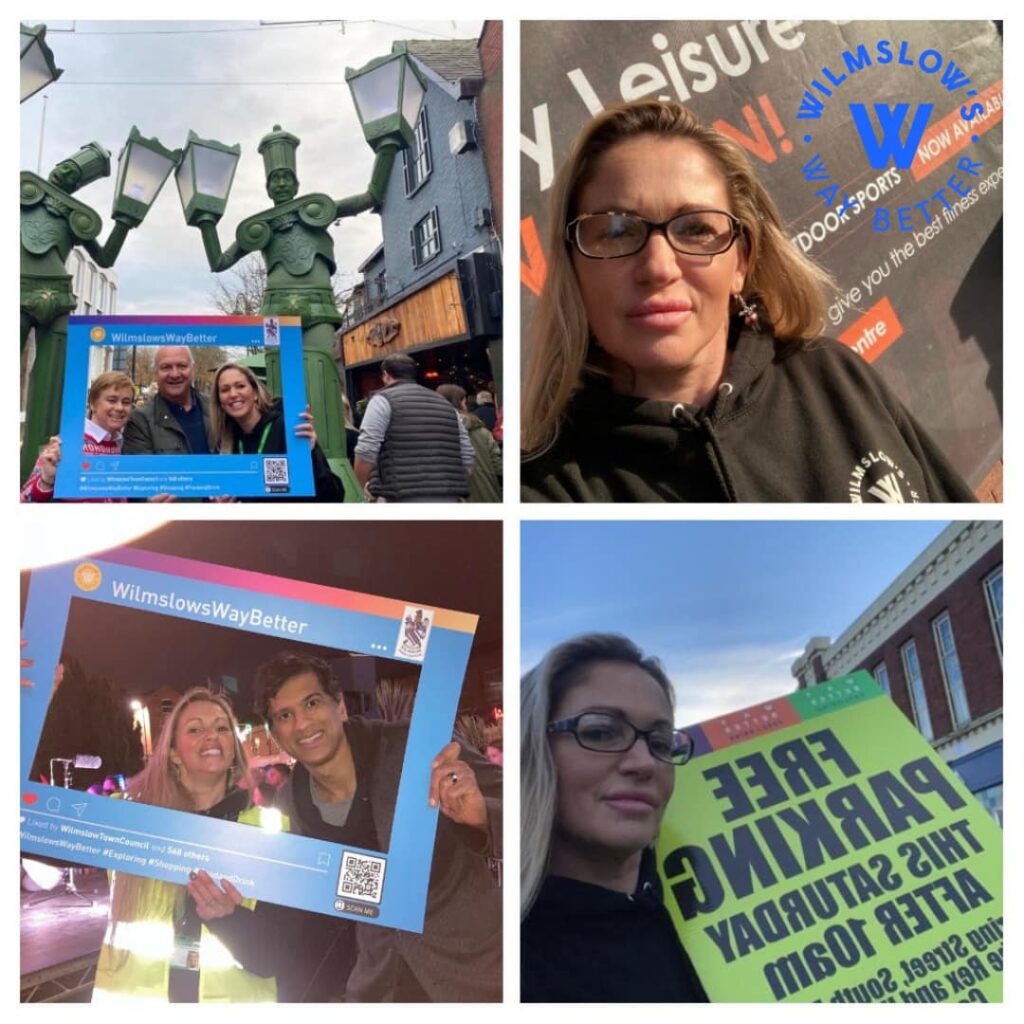 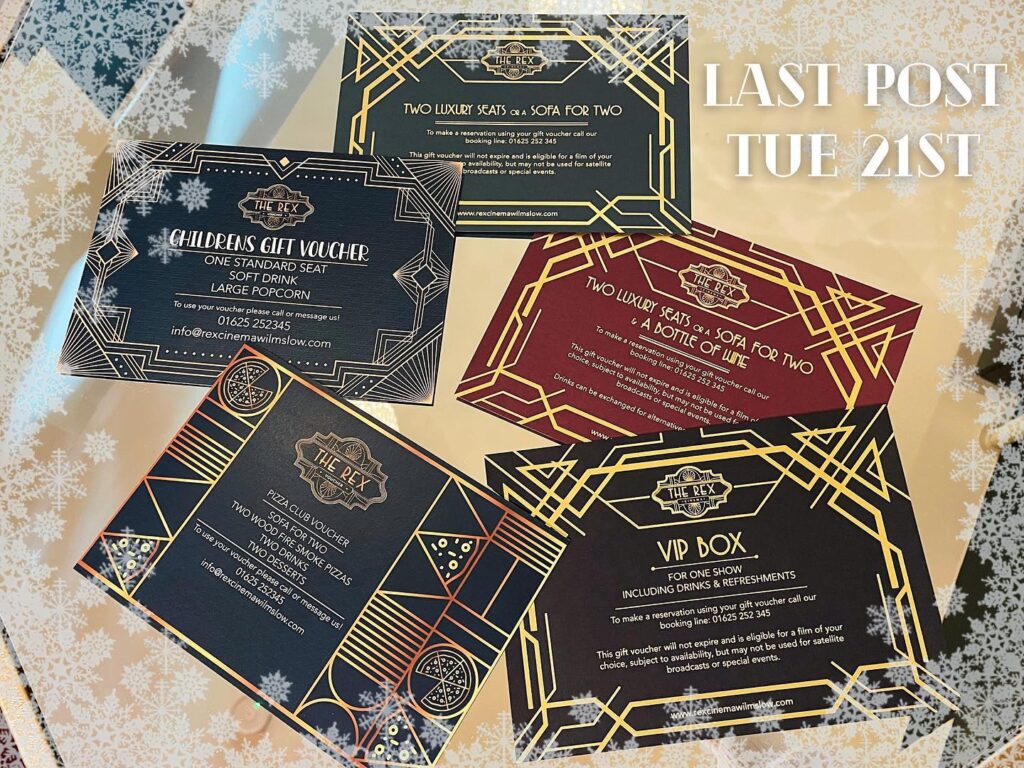 Family fun at the Rex this Christmas

19 December 2021
Cinemas
We all love Christmas and time off from work, however there is no denying that…
Read More 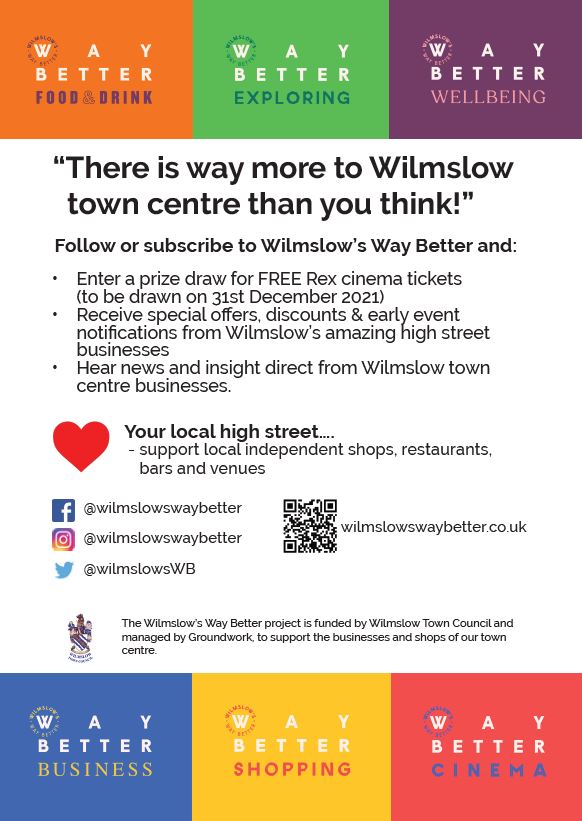 12 December 2021
Business, Cinemas, Food & Drink, Shopping, Wilmslow
To celebrate the New Year Wilmslow’s Way Better is giving all our subscribers and followers…
Read More
Menu
This website uses cookies to improve your experience. If you continue to use this site, you agree with it. Privacy Policy
Ok